The University of Engineering and Technology (main) located in the northern part of Lahore on the historical “Grand Trunk Road (G.T. Road)”, near the magnificent Shalimar Gardens built during the great Mughal Empire.
The institution started its career in 1921 as the ‘ Mughalpura Technical College ’. Later it became the ‘Maclagan Engineering College’, a name given to it in 1923 when Sir Edwards Maclagan, the then Governor of the Punjab who laid the foundation stone of the main building, now called the Main Block, which still retains its majesty despite the wear and tear of over eight decades. At that stage the institution offered courses of study in only two disciplines; Electrical Engineering and Mechanical Engineering.
In the year 1932, the institution was affiliated with the University of the Punjab for award of a Bachelor’s Degree in Engineering. In 1947, at the time of independence, the Institution was offering well-established B.Sc. Degree Courses in Civil, Electrical and Mechanical Engineering.
In 1954 it started a Bachelor’s Degree course in Mining Engineering, the first-ever of its kind in the country. However, the real expansion and development of the institution commenced in 1962 on its transformation into the ‘West Pakistan University of Engineering & Technology’, and within a few years Bachelor’s Degree Courses were started in Chemical Engineering, Petroleum & Gas Engineering, Metallurgical Engineering, Architecture, and City & Regional Planning.
Later, the University started to develop its postgraduate programs, and by 1970’s it was offering Master’s Degree Courses in various specializations of engineering, architecture, planning and allied disciplines. Later, Ph.D. Degree Program was also instituted in a number of disciplines. Later on renamed University of Engineering & Technology in 1972.With phenomenal increase in students enrollment in seventies, the University established an Engineering College at Taxila in 1975, which later became an independent University in 1998 as the University of Engineering and Technology, Taxila.
Keeping in view the upcoming power crises situation in the country, in 2004 the University established its own Power Generation Unit with capacity of 2 Mega Watts later enhanced to 3 Mega Watts and became first and only countrywide educational institution who has its own Power Generation Unit.
To meet the growing demands for the Engineering graduates and allied disciplines in the country, the University started an expansion program in the new millennium. Consequently the teaching and research capacity of the UET-Main was enhanced and the establishment of the satellite campuses was taken up . At present, the University has three satellite campuses; the Faisalabad Campus, the Kala-Shah-Kaku Campus, and the Rachna College. 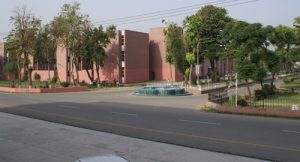 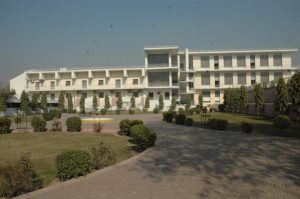